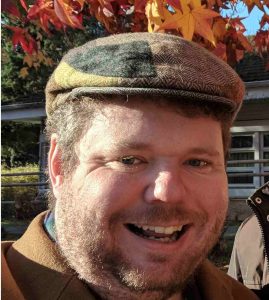 Connor Doak works primarily on nineteenth- and twentieth-century Russian literature and culture, with a special interest in gender and sexuality and their relationship to war and political change. He has published in journals such as Modernism/modernity, Slavic and East European Journal and Forum for Modern Language Studies. He is currently working on a monograph exploring how the poet Vladimir Maiakovskii uses verse to negotiate the shifting terrain of masculinity in revolutionary Russia and the early Soviet period. Connor’s work increasingly extends back into the nineteenth century, as evidenced by recent publications on fatherhood in Chekhov’s stories and on performing masculinity in Dostoevskii’s Demons. He is also beginning to work on a project on queer life-writing in Russian.