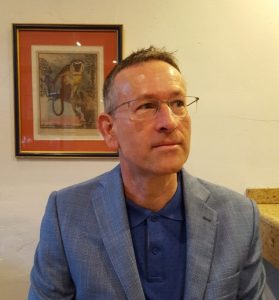 I am a historian of modern East-Central Europe with most of my research focused on explaining the late Habsburg empire and the early decades of Czechoslovakia and Yugoslavia. My route into queer history came especially through writing a major study of the Sudeten German nationalist leader, Heinz Rutha (Harvard University Press, 2012). Besides exploring Rutha’s homoerotic ‘youth mission’ in interwar Czechoslovakia, the book examines his repressed sexuality and one of the most significant homosexual scandals of 20th century Central Europe. My queer history research is now continuing, through preparation of a book of essays on Queer Czechs (1914-1950), with chapters on the Czech lesbian world, violence in queer Prague, and the persecution of homosexuals in the wartime Sudetenland.